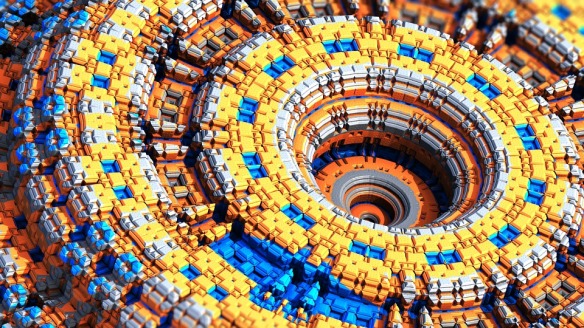 I am not going to lie to you, the Ezekiel passage for today is downright weird.  Did you know that in some Jewish traditions, it is forbidden for those under 30 to read this book?  You will see why today.

Ezekiel is complex, combines elements of priest and prophet, and at times it is difficult to see where he is going.  It requires knowing some context, some history, and downright feeling lucky at times.  But as they used to say at seminary, “If you are going to read the difficult passage, you MUST preach on it.  Don’t act as if you didn’t just read the slaughter of innocents or the near-sacrifice of Isaac.”  So on to the weird!

As we pick up our passage today, Ezekiel has recounted themes of the attack and siege of Jerusalem.  “How long will we be punished?” the people are probably asking.  In OT lingo, covenants work both ways – the promise, but also the curse.  Ezekiel is addressing the idea of covenantal punishment, with generation after generation paying retribution for sins of the past.

We understand things today in a different light.  Part of that is because of what Ezekiel says today!  It is a new way breaking forth.  Ezekiel declares that individual retribution is now in order – that “only the person who sins…shall die.”

Despite the grim omens in today’s passage, to the people of this time, this individual retribution was quite a sigh of relief.  This was good news!  The days of… “me paying for the sins of my parents and grandparents” are over.

Think about how this idea morphed even further with Jesus’ death.  That whole construct of “the one who sins shall die” gets thrown out, for he was without sin.  God has reordered our understanding, and now we see sin and death just for what it is: an awful reality of our broken world, and we refuse to assign parts to God in it at all, as it should be. What we discover is a God who never gives up on us.

John’s passage also begs for some context too.  “I am asking on their behalf; I am not asking on behalf of the world, but on behalf of those whom you gave me, because they are yours.”  I got so confused – I had to read the entire passage.  Come to find out this is Jesus praying to the Father.

This is Jesus’ final prayer before the crucifixion – a final intercession for humanity.  I find the themes he chooses to be fascinating: “I do not belong to the world;”  “Sanctify them in the truth; your word is the truth;”  And finally, “I ask…that they may all be one.”

This last plea I find interesting, especially in these days of division in the church.  Jesus’ words come LOUD AND CLEAR to a church in perpetual state of fragmentation, denominationalism, and rampant individualism.  And I am left wondering why we don’t read this passage more often.  Perhaps it because deep down inside, we don’t want to hear this message.  We like our individualism.

Of course the divisions we have today are hiccups compared to the cataclysmic events of the early church.  But this doesn’t mean we shouldn’t work and pray for oneness.

Some of the last words Jesus spoke on this planet in his earthly form: “But now I am coming to you, and I speak these things in the world so that they may have my joy made complete in themselves.”

I hope as we work for oneness, peace, and reconciliation in this time of Lenten renewal that we can also find this joy – a joy that comes from being brought into one with Christ, just as he was one with the Father.  Out of chaos – Light!