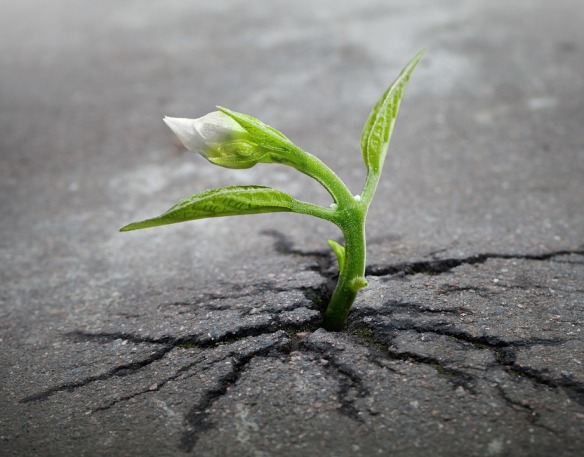 Ordinary Time.  Such a strange term. Used to describe the vast amount of time following the 50 days of Easter.  If you’ve been hanging out in the church a while, we take down all the white banners, put up green ones, and we enter into this long, green season that last most of the summer, into the fall, right up until Advent.  It is marked by scripture readings that emphasize growth, faith, and maturing in Christ.

Today’s Gospel reading fits right into that overarching theme of Ordinary Time, with the Parable of the Sower.  Matthew explores the secrets of the kingdom of heaven.  In the parable of the sower some seed falls on good soil, some on rocky soil, the birds eat some seeds, the sun scorches other seedlings, some fall amongst the thorns.

With Jesus telling the story you know there is going to be a twist.  One of those twists is that the parable appears to be about “people who hear parables.”  Some folks get it, some don’t.  I suppose I was always one of the inquiring kids in confirmation that simply DIDN’T get it.  What did Jesus really mean?

Here it becomes abundantly clear that “getting it” is of utmost importance.  If you do not understand the secrets of the kingdom, not only do you not produce fruit, but you yourself may be scorched or pulled up.

I can get very animated in Thursday Noon Bible.  I remember doing that about the parables a while back, trying to steer people away from turning parables into analogies.  Simply reducing it to analogy and assigning parts, it losses its depth of meaning.  But here in Matthew’s gospel is one of the rare examples we have when Jesus later explains his own parable (although it is explained later and not in today’s passage).

It is clear the kingdom of heaven is headed toward abundant growth.  Jesus makes it clear that some seed will bring forth a hundredfold, some sixty, some thirty.  And some in the crowd, namely the disciples, are hearing and “getting it.”  But notice the growth of the crowd itself!  The crowd is so great Jesus is now in a boat, with the people gathering on the shore to hear him.

Is Jesus reflecting on the growth of his message?  Perhaps.

He is talking to farmers.  These are people tied to the land, and they know about abundance.  They know that growth happens exponentially.  If the secrets of the kingdom are like this seed, the possibility for those secrets getting out like wildfire are all the more likely.

This is the abundance of the good news of the gospel – that anyone can come to this text and learn about the gracious abundance God has in store for us, learn the secrets of the kingdom, and live into a new life.  When taken in conjunction with the rest of the good news, we realize we have been grafted into the heart of Christ (more farming analogy!) and that Jesus is the true vine.  We realize that the secrets of the kingdom are Jesus himself!

My perspective on this parable has changed over the years!  Has that ever happened to you?  So here is my new perspective – that it is primarily a story of good news – that the words themselves are good soil, and provide a foundation for my own words and actions to be rooted in something great – into Christ, who brings about a flourish of divine intervention in our lives.

1 thought on “Growth in the Kingdom”