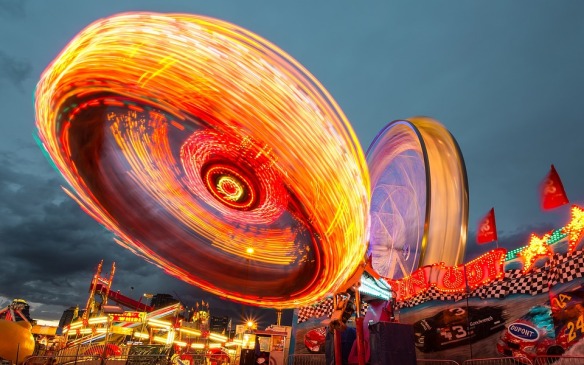 Occasionally it crops up – in a class or at a presbytery meeting – and we have to endure the age-old debate of women in ministry.  And I will be completely honest – I am SO OVER that debate.  I am getting to that point on marriage equality as well.  But certainly I cannot even muster the energy to speak about women’s ordination anymore.  I mentally check out.

Today, in Romans, is Paul attesting to the ancient roots of women in leadership for Christianity.

Paul is nearing the end of his letter, and greets his personal friends and former associates.  At the top of the list is the minister of the church and two of the key movers and shakers, all three of which are women.  First there is Phoebe, the minister of the church at Cenchreae.  He goes on to say “help her in whatever she may require of you.”  So much for “women are not to be in leadership over men” (as the list goes on it is apparent there are many men in the church as well).

Then there are Priscilla and Aquila, who “risked their necks for my life”.  We are not sure what this means, but appearing elsewhere in scripture it is obvious this Godly marriage for ministry is instrumental in the daily operations of the church – both of them equally.

I find it odd that Paul sets the tone for women in leadership, as did Jesus, and that somehow so many churches lose this Word.  The Roman Catholic church remains firm in that women are not to be priests.  A few of their bishops have ordained women, against the pope’s directives, only to have their own ordination questioned.  One of my friends, a long time Southern Baptist minister and also a woman, no longer has her ordination recognized by the Southern Baptist Convention.  Few remember these days, when Baptists used to ordain women, but they did – long before the Lutheran and Presbyterians ordained women.  The topic really bores me to tears when these issues are brought up in my own PCUSA denomination.

Four people have greatly influenced my call to ministry.  The Holy Spirit has spoken strongly through them.  Two of the four of those people are women ministers.  So it is hard for me to believe that scripture is wrong when it elevates women or when Paul speaks of women in leadership roles over men.  It is hard to discount Paul when he says “In Christ there is neither male nor female” and speaks of the variety of spiritual gifts and the need to use them.

It is true that in another of Paul’s letters, for that specific place it was best for women not to be in leadership over men.  But it seems odd to me to ignore the passages where they are, jumping to conclusions that women should never be in leadership, when in scripture they clearly are.

People who argue that women should never be in leadership are often the same folks who want us to “focus on God’s Word” more.  But then they conveniently ignore scripture when it doesn’t fit what they believe.  This cherry-picking from the scripture drives me nuts.  I am interested in what the scriptures principally teach.  Don’t become guilty of dismissing all those places in scripture that talk about the Holy Spirit, and how Peter had a revelation on the roof about a new code of being in compliance with Scripture.  Remember a similar cherry-picking tactic was used to justify slavery.

What does Paul offer as medicine to these churches stuck on spin cycle?  Paul’s passage for us today in Romans is a wonderful example of the church in harmony.  At the end he states, “Greet one another with a holy kiss.”  We all know he had disagreements with many of these people.  But at the end of the day, they are all family – reconciled to each other, committed to Christ’s mission in the world, and committed to recognizing each others’ spiritual gifts.

I am thankful that the sun is breaking through the clouds, and that people are re-engaging with God’s Word, because then there is hope – and we all know the church of today is hungry and needing a renaissance.  We need to grow up and move on into God’s new future, where all are valued in leadership once again.

1 thought on “Women in Ministry”