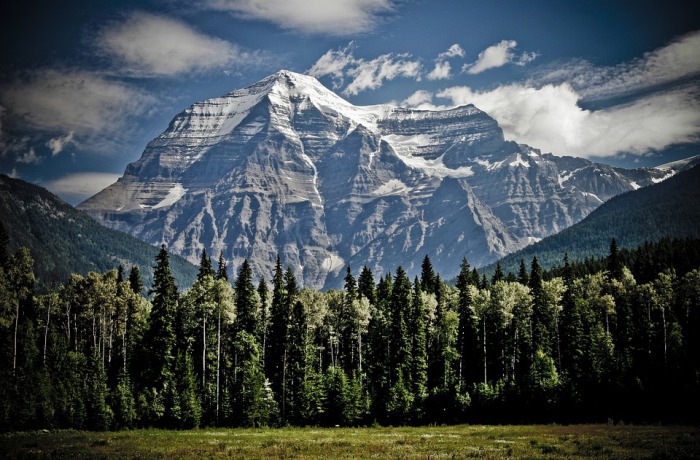 Presbyterians are funny creatures.  We are the type who actually sit around and talk about things like God’s sovereignty.  So it was with the last new member’s class we had.  Can you believe nerds like that still exist?  It’s true.  Buy me the tshirt.

It is a key Presbyterian belief: God’s sovereignty.  This world struggles with that concept.  In this do-it-yourself age, are we really willing to believe God holds all the power and authority?  Do we really believe God is all powerful?

Today in Micah we see a picture painted of God’s authority.  He begins with an oracle of divine judgment.  It is not all fun in the sun here.  It becomes clear that God is mad at the people and there is hell to pay.

Micah forms his words into a covenant lawsuit, with God as the plaintiff and the people as defendants.  This is a common literary structure for the prophets, but it sounds a bit strange to our ears sometimes: “Hear, you peoples, all of you; listen, O earth, and all that is in it; let the Lord God be a witness against you.”

When I step back and simply accept the literary form and just focus on the images and the beautiful Hebraic poetry, I marvel at God’s power and authority.  “Then the mountains will melt under him and the valleys will burst open.”  And, “I will pour down her stones into the valley, and uncover her foundations.”  Now that is a God who is in charge, and who stands above and beyond creation!

This is a God who is over all and through all.  This is a God who drives the prophet to his knees, barefoot and naked, wailing that the people’s “wound is incurable.  It has come to Judah; it has reached to the gate of my people, to Jerusalem.”

What words!  What persuasive speech!  And what a glorious representation of the people’s sin and a right-brained plea for the people to repent.  He paints such a picture that my imagination says, “YES!  I want to follow and be made right with God too!”

The antithesis to this story is provided in Luke.  There we meet the centurion who demonstrates such faith that Jesus heals someone he has not met – the centurion’s servant.  “Lord…, I am not worthy to have you come under my roof;…but only speak the word, and let my servant be healed.”  When Jesus heard this, he was amazed and said, “Not even in Israel have I found such faith.”

Jesus, like Micah, incites the crowd, but does so with acts of mercy, deeds, and miracles.  Eventually we will find him on a cross, the ultimate act of mercy.  Ironically in the cross, we find God’s power and authority as well.

May today be a day of you tapping into God’s power, wherever it may be seen.