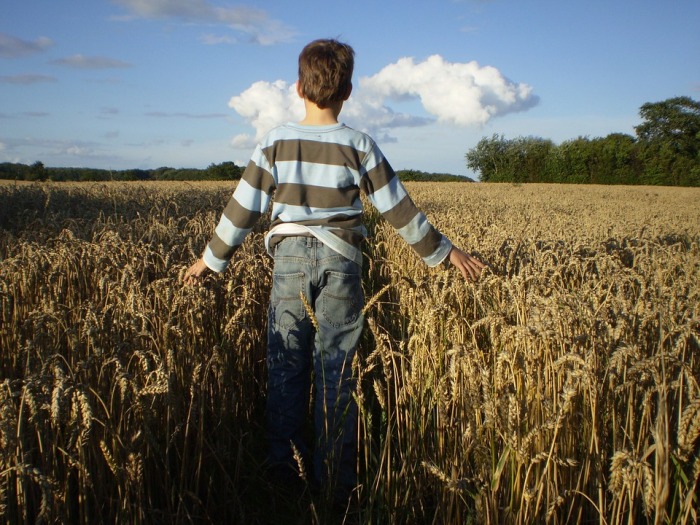 Chosen by God.  Paul speaks like a Presbyterian today.  “Blessed be the God and Father of our Lord Jesus Christ, who has blessed us in Christ with every spiritual blessing in the heavenly places, just as he chose us in Christ before the foundation of the world….”  Speaking as though God adopted us, Paul also makes it known that in addition to redemption and forgiveness, that God in Christ has made known the “mystery of his will.”

What a powerful opening!  We have been chosen!  We have insight and wisdom, almost secret knowledge!  We have understood, or at least glimpsed, the mystery of the divine!  We have been adopted, and accordingly, inherit as full-blooded children.

Paul is also speaking like a Jew.  This whole section is a thanksgiving, a standard way to open a letter.  Many of his words evoke images of Temple worship: heavenly places, chose, destined, blameless, redemption, fullness, seal, pledge, gather up.  By reading’s end I also wonder if I, like the sacrificial animals of the Temple, have been “set apart” as a chosen, blameless sacrifice.

What I find comforting about this passage is its emphasis on God’s initiative: I did nothing to be in this situation.  It was God’s sovereign rule.  God decides.  God asserts.  God not only protects me, but believes in me – has redeemed me and pledged an inheritance.  Just like the birth of a child, that infant has done nothing to earn the inheritance, except being born.

Occasionally I am accosted in the mall or outside an OU game by the shouts of a crazed Christian, who is convinced that “You all are going to hell unless you accept Jesus as your personal savior.”  I always want to fire back with this passage from Paul, that God “Chose us before the foundation of the world!  There is nothing I can do to undo my baptism!”  I also find it ironic that Jesus never spoke like these folks.  Paul, in fact, says very much the opposite.  It appears there is nothing we can do to resist the grace of the almighty.  It is not a matter of going to hell, but being bathed in the gospel of salvation.

I want to remind that person shouting that I have been adopted by the almighty, and so has he.  Furthermore, I question the methods.  Is he really helping Christ’s cause?  Is this what Jesus would do?  It is no wonder Christianity has taken a hit in this country recently.  What we really need is a dose of good news!

If we find ourselves speaking words like today’s epistle lesson – words like chosen, redemption, fullness, pledge, seal, inheritance – then they might hear the good news – that God has already made a place for them, and life is not just around the corner, it is here right now, among us.