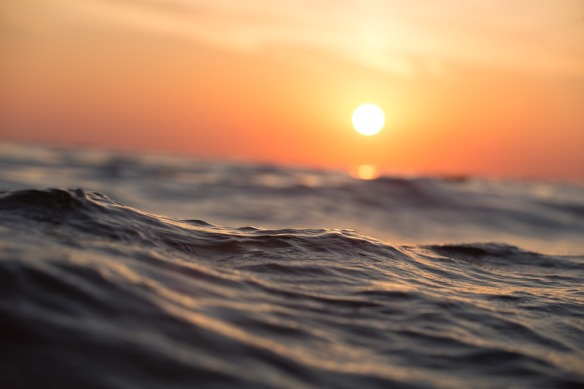 Today we hear the beginning of the complex revelation of Jesus Christ to John: Revelation.  And while it is in many ways typical apocalyptic literature, to my knowledge it is the only letter of its kind that begins with this strange blessing: “Blessed is the one who reads aloud the words of the prophecy, and blessed are those who hear and who keep what is written in it; for the time is near.”

From the beginnings of Christianity, it was standard to gather early in the morning, before dawn, in a secret location, and read from both the Old and New Testaments.  This was at a time when the New Testament was still begin put together, and it becomes clear to me that John knew this practice.  This was intended to be used in these services when it was written, a secret tale that not fulfills scripture, like many of the other New Testament readings, but one that allows for the fact that there are still mysteries yet to be fulfilled.

John knew and understood that the human condition was not still perfect.  People lived in persecution.  Chaos abounded.  He was providing an antidote to this, by allowing for the possibility that God’s kingdom has not come to complete fulfillment yet.  There is a better time around the corner.

This may sound like standard thought to our ears, but to some of the Christians at that time, this was a novel idea.  They had grown up learning that Christ had come and death had been conquered.  Now people that had followed Jesus were dying but they were not being raised.  A new theological understanding of Christ’s death and resurrection was needed.

How true this is for our time as well.  We are called to speak words of hope and comfort to a broken world – and a world that scarcely believes that Jesus is coming.  Each day I encounter people who need more than a tank of gas in their car or their electric bill paid – they need the assurance that the world has not forgotten about them, and that Christ has prepared a place for them as well.  The struggle has become seeing that joy in this life.

But First Presbyterian gives me hope.  FPCOKC truly knows how to celebrate the Advent/Christmas cycle.  The message of joy and hope and peace is being proclaimed!

Merry Christmas!  May your day be filled with the joy of new birth.