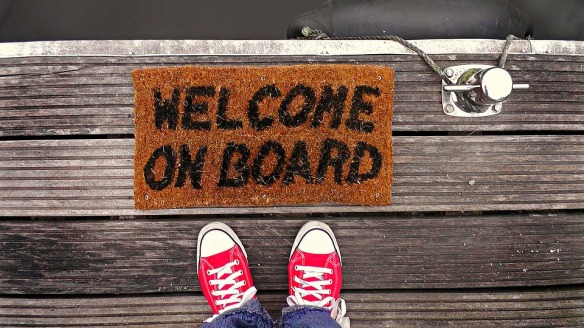 “Those who are well have no need of a physician, but those who are sick; I have come to call not the righteous but sinners.”  Jesus declares this in Mark’s gospel after Levi (or Matthew) is chosen as a disciple, and after Jesus goes to his house to eat with him.  Naturally Levi’s friends are there – other tax collectors and sinners.

What is most interesting to me is that, as one of the twelve, Levi had become a central leader in the church.  Oh, we don’t hear much about him after the resurrection, but we know that each of them had deeds of power and might.  We can infer that Levi, or at least Levi’s church work, was well known by the people that first read Acts.

This is the heart of the good news.  It is not only that Jesus died and was raised, but that in doing so he came to give victory to those who least expected it.  He came and saved sinners.  He comes, not to call the righteous, but the sinners.

This is all very interesting, considering that until very recently, we in the North American churches had become obsessed with “who is in and who is out.”  We have spent far too much of the last 50 years judging other’s worth, when Jesus made it very clear that the church would be composed primarily of the sinners and the lost.  The righteous already had their place (whatever on earth that meant!!!).

And so we struggle.

The funny part is we think our petty fights of today are unique.  But it turns out the early church was plagued with the same struggle – who is in and who is out.  For the early church it was between Paul and Peter.  Peter wanted to raise the bar for becoming a Christian – requiring “Jewishness” first.  Paul had other thoughts, believing that baptism was the only mark of the new believer, and that Christ was the only thing that tied believers together, not which rules they followed.  Well, we know who won out!  It was Paul, and his proclamation of only the Rule of Love.

I find great comfort in this.  It means that those churches who refuse to spend energy on these fruitless battles, but instead are welcoming the lost and afflicted and who simply DO the work of the risen Christ are right on track.

1 thought on “Welcoming the Lost”