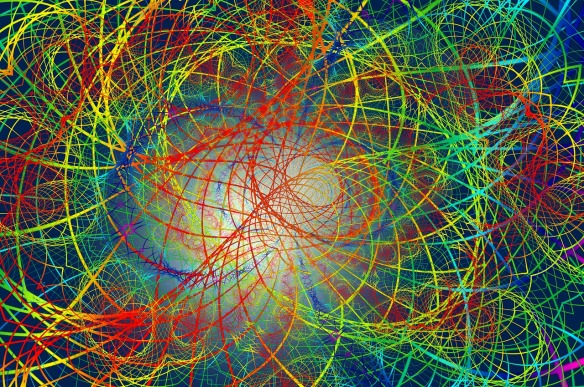 It is always a little difficult to come back from an extended time of vacation.  The normal morning routine doesn’t feel very normal and I wonder what’s going on.

Life in the early church I can imagine was quite a bit more confusing.  Chaos abounded.  Stories traveled fast of Christ’s resurrection.  What’s next?  Who leads us?

It didn’t take time for dissension to crop up.  As the news spread to Gentiles and Jews alike many questions began to arise.  Who was in?  Who is out?  Much of Paul’s writings deal with this reality.  There was another question though that hung in the minds of believers: “When was the Lord coming back?”

Many thought the answer to that was, “Very soon.”  But as time passed and the catacombs began to fill up, the harsh reality that the church needed some structure and order also began.  Folks also needed to be reassured in the resurrection.  Our 1 Thessalonians 4 passage provides some of this reassurance.

“But we do not want you to be uninformed, brothers and sisters, about those who have died, so that you may not grieve as others do  who have no hope.  For since we believe that Jesus died and rose again, even so, through Jesus, God will bring with him those who have died. “

Paul goes on to declare that the coming of the Lord will not leave out those of us who are still alive, but that the trumpet will sound and all the dead shall be raised first, and then we who are alive will be swept up in the clouds together to meet them.  It is a wonderful picture of togetherness that is painted.  Paul is trying to reassure the chaotic 1st Century Church that all will be well, it will just not be happening the way they had first intended.

Many had thought Christ would come back very shortly, in their minds complete his Messianic role, and crush the Roman empire.  That did not happen.  Others thought he would come back to destroy the temple.  Once some of those 1st generation believers died and did not come back to life, the Christian community looked in hope to the future.

Goodbyes are never easy.  And with the recent death of Sue Beall who joined the ranks of the Church Triumphant, it has been a tough time for many of us.  Normal routines are completely out of wack for many.  And yet, as the great saints of our lives journey onward, the church is reminded that Christ’s message continues, and that we are not called to live in the present only, but to live into the future.  With this comes hope too, for death among our ranks has always been a normal part of the church’s humanly experience.  Out of the chaos comes the sure confidence of God above it all, wrapping all of creation into his loving arms.

May your day be filled with renewal and hope, as we look to a future day when all of us will get swept up in the Great Story of God’s grace meant for us all, bound together always.