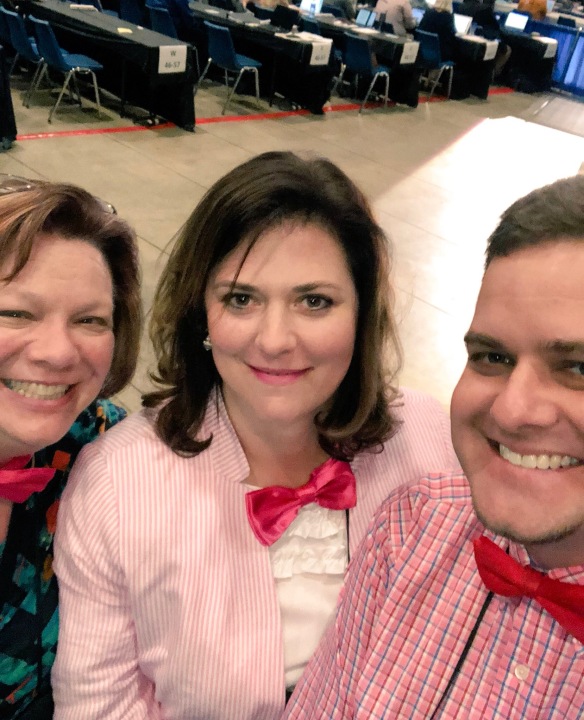 The marathon day of the Assembly is over!!!

The Assembly adopted broad strategies to fight institutional racism, environmental racism, injustice, gun violence, and nationalism. Divestment was voted down. Other practices were adopted to support climate science, fight climate change, and care for the earth that God has entrusted to our care.

It was days like yesterday that make me proud to be Presbyterian.

It was a long day.  Divestment debate went on for some time.  And in the end, divestment was soundly rejected, as the 223rd General Assembly voted against divestment (409-106); and the stakes for what was adopted was increased, as a short-list for possible selective divestment in 2020 was inserted, naming specific companies.

I hope those who advocated for a fossil free PCUSA don’t forget that which was passed.  They did not lose.  The Church did not lose.  The way forward is still for broad support for alternative forms of energy.  The PCUSA is committed to wind and solar technologies. Natural gas, nuclear, and every other initiative to move the church and the world to reduce their carbon footprint were all adopted. The MRTI group will continue to fight and advocate for the climate entrusted to our care.

One of the pieces of this is the Assembly’s strong stand is against environmental racism.  Communities of color are disproportionally hurt by climate change.  That may be why the Advisory Committees on Social Witness Policy, Racial Ethnic Concerns, and Women’s Concerns all stood opposed to divestment.  And the Assembly wisely agreed.

There will be a Synod of the Sun event in Norman on Nov 2-3 that will include the MRTI folk.  I hope you mark your calendar now.  It should be an engaging discussion on the plan as we move forward to protect our environment.

Many of us Mid-Council leaders planned to stand in solidarity with the #MeToo movement on this bow tie Friday which is quite a thing with J. Herbert. Pictured above is Ruth Clendenin, the Stated Clerk of Palo Duro Presbytery, Sara Dingman, the Synod Executive at Lincoln Trails and me.

Over 200 of us wore pink bow ties or pink shirts.

There was so much more, and I will sum it up tomorrow. Last day!