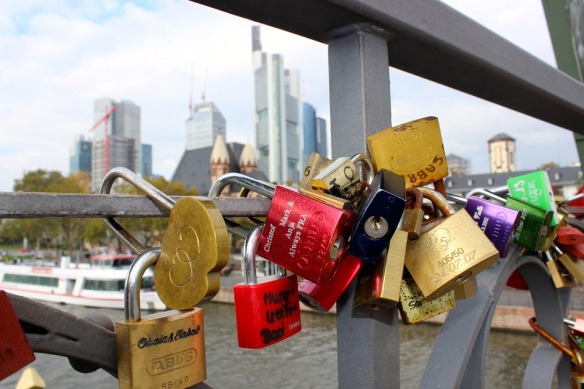 “Faith by itself, if it has no works, is dead.”  Many reformed Christians have struggled with the book of James.  This is why!  So steeped in salvation by faith and  not works, this passage in James is often like a clanging gong to our reformed ears, which seems to say the opposite.

And yet, James provides a richness and completeness to Paul’s argument.  First, we are not talking about salvation, but about the transformative nature of a life of faith.  Second, James concentrates on works of charity, not works of obedience to the Jewish law.  Third, James also includes what I consider to be a central statement of Jewish belief, “God is one” and that that statement expands the meaning here.

If we are living as members of Christ’s faithful community, would not acts of charity be a natural outcome?  If we proclaimed to be Christian, and then spent all our time trampling all over the poor, others would very clearly see that we weren’t really Christian.  It reminds of the cute little tune, “And they’ll know we are Christians by our love…by our love.”

Works aren’t going to save you.

James never claims that.  But what he does state is that if you aren’t backing up your faith without works, you have lost your mind!

Christianity is not a religion of lip service.  This is not something we do on Sunday morning and ditch the rest of the week.

James helps us with focus.  He helps remind us that all that we do, all that we say, all that we believe, feeds into the overarching belief that God is one.  When we take this seriously, we come to know that the brokenness of this world, the heartache of our neighbors, all feeds into honoring God.  There is no divide of God’s character, and as James spins out his theology on demons and their work as the enemy of God, we see a God that firmly stands against the tyranny of poverty, brokenness, and hopelessness.

In other words, God demands our allegiance – our belief and our power to transform.